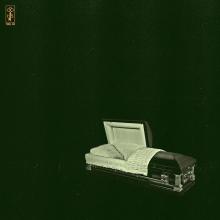 A sprawling new double-album recorded at Sonic Youth’s studio and featuring Steve Shelley on drums. Raw and Disfigured draws thematically from the archetypal tale of Quasimodo and classic ghost story imagery to illustrate the "hero's journey" in the time of a coming apocalypse. The most DENSE, heavy Holy Sons LP yet?!?!

I WANT TO LIVE A PEACEFUL LIFE REISSUE 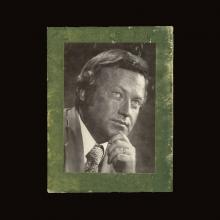 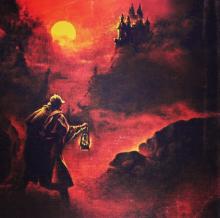 The Lo-fi recording boom rose to prominence in the late 80's when new recording technology brought 4-tracks within teenager's grasp at an affordable price. Then only a few years later, Nirvana opened up the commercial market for underground music and virtually all of the home-recording pioneers stepped out of their shabby environments towards a new horizon of recording studio budgets. Simultaneously the 'lo-fi movement' was proclaimed dead by the press for the next decade. Not until Ariel Pink arrived would people consider the weirdo genre of home-recording ready to be stocked on store shelves again... and in this unfashionable dead-zone is where the Lost Decade series was made in private.

Lost Decade is a rare look into the mountain of recordings Emil Amos amassed while in full-swing of the initial lo-fi revolution. There's a palpable stench of pot smoke swirling around these late-night recordings and a constant sense of supreme alienation. This batch of Lost Decade tapes is taken from a crucial time of Emil's development (1996-2002) that he spends a lot of time going into on his acclaimed podcast "Drifter's Sympathy". These recordings are tangibly haunted and plagued by a distinct sense of 'spiritual trouble'... trapped in amber and mashed into a near-ambient distillation of confusion and suffering. 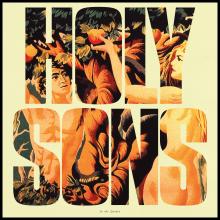 In The Garden is essentially John Agnello and I out at Water Music in Hoboken, New Jersey carving out the sound of a classic 70's record if it had been made by a band with all its players being very focused in the hey-day of their career... but we 'faked' that vibe using one player. That's basically what I learned 4-tracking in the 90's... how to replicate live-sounding recordings where a band is reacting and playing off of each other in real-time.

This album was originally aesthetically based on the joy of pulling out old 70's American & British songwriting LPs at night while you're pounding whiskeys by the fireplace. The way those albums look and feel like a lost pillar of classicism. The drums are so round and close they sound like you could eat them ...and there’s that feeling of pure pleasure you get from hearing guitar solos that were done in one take and slightly flawed vocal harmonies recorded on the fly before Pro Tools existed. It came from a lust after that time when mixes and the relationship between all the instruments breathed beautifully at the height of analog equipment.

DECLINE OF THE WEST VOL. I & II (DELUXE REISSUE) 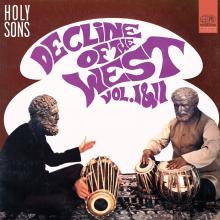 Vol. I & II, now released for the first time on deluxe double vinyl, include seven previously unreleased tracks and covers from the original album sessions and brand new artwork, re-imagined from the original release. 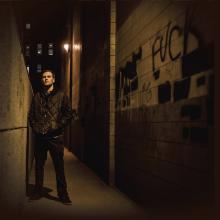 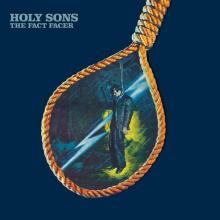 A return to the sound of Decline of the West and I Want to Live a Peaceful Life combined into a new kind of Dread for the whole family to mull over... Brimming with equal parts dark comedy Kafka riffing vs. stark Reality fixations... 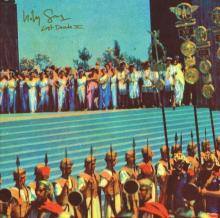 The deepest pull from the cassette archives yet... half of these tapes were recorded on mesculine from '95 to '02 in dorm room stairwells, laundry rooms and various other excommunication hideouts... ...Volume III is currently being dug up >>>> back in the game! 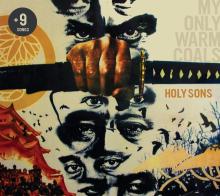 Originally released as an 80 copy run of lathe cut records in the Netherlands around 2005 - This was the final record I'd made entirely using cassette 4-tracks & handhelds in an attempt to encapsulize that approach-- more songs were added for the expanded edition on Important Records from lost 90's era basement recordings,, rounding out probably the ultimate lo-fi HolySons statement.. >>> 10-4 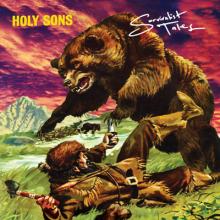 'Stepping further towards glossier 70's easy listening ballads b/w the gutter world-view and a more personal horror music template intact! ..Kaleidoscopic production styles that were never meant to sit side by side break down walls of sonic oppression... You decide if it works! >> A shotgun blast of psychic toxicity flowing onto the page... sorted and arranged later for yr consumptions!' 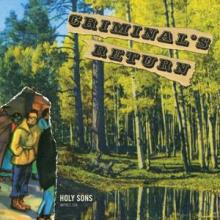 There's a time to love and a time to hate, as the book of Ecclesiastes states,... the brain chemistry of HolySons records tends to fluctuate wildly back and forth between these two poles. Whereas there's an intrinsic benefit to vulnerability in art, there's potentially just as much to gain from more stoic forms of expression. The record's cover depicts an ex-criminal who is finding his way back into the world and meeting with a myriad of his own dread and distrust. The songs largely come from this guarded mode; their coldness is intended and distilled, like a fine wine, for your bitter pleasure. 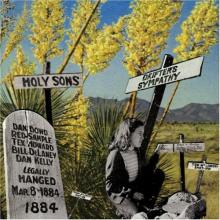 I'm usually forced to cut experimental/instrumental songs when they don't fit an albums' aesthetic. This time I tried fitting the more straightforward material to the vibe of the experiments instead. Because of this dynamic the album resembles the format of some of my favorite German records from the 70's that weren't so much psych, experimental, or folk; they were records defined only by imagination, exposing the mind as something always evolving, never resolved, always searching. Those records were thrilling in that they didn't seem to have a ceiling, ending or conclusive statement... similar to the films of the 70's which cycled back to the unresolved meditations of film-noir and the struggle to reconcile the darker side of one's self and era. 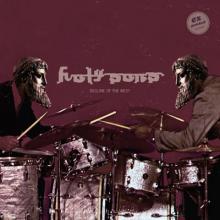 ...I got to daydreaming about what it would sound like if the next Holy Sons record was produced by someone as inventive as Lee Scratch Perry, or MF Doom, or Carl Sagan for that matter. At the time I'd felt 'Peaceful Life' could've suggested a career of musical pacification and that bothered me. Too much in culture is warped and diluted by the desire to pander to an imaginary audience... but when we retreat to the inner temple of the self, worthwhile art is created. This tension, in itself, is a good platform for an upbeat misanthropic concept record. So for the leaner and meaner genre-hoppers>> Decline of the West. Hybridizers unite! 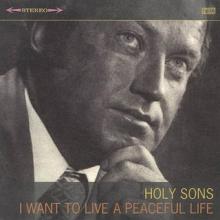 This was an attempt to fulfill an old dare i made to myself to record a real folk record. I was pretty obssessed with old Fred Neil records and just before he died I'd planned to go see him with my father who was an old friend of his. I ended up just making this wake of a record on return from Florida which marked the first time I had gone into a real studio since about ten years before. Half of it was recorded at home trying to mimic the washed out quality of the old Popol Vuh soundtracks as they sound late at night on VHS. 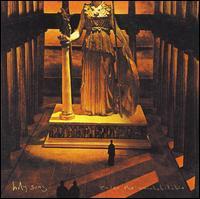 Recorded at home in the breaks of recording 'Staying True.' The point was to capture every personal aspect that wasn't going into 'Staying True' and achieve a more direct communication. The result is a darker album mostly about aging, death and aloness recorded entirely on four tracks and handhelds. A mix-tape from the half-way house... 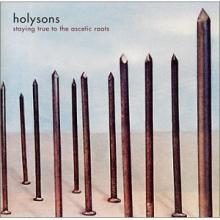 'Some might think of this record as the 'official debut' of HolySons,, only because everything previously heard was more in the form of a compilation. It was originally an attempt to take the same exact lo-fi recording techniques that were used in the earlier matierial and insert them into a more subdued, quiet, traditionally psych enviornment. I started working with an outside engineer for the first time; using better machines and better microphones, the result was this strange, probably more accessible, prettier album.' 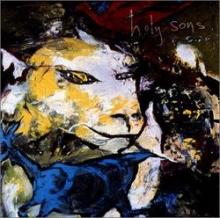 'This compilation was originally released to represent a chunk of the home recordings HolySons had produced in the Nineties that had been previously unheard. There was no realistic way to approach releasing a summation of this amount of songs without a ridiculously large box set...so we condensed it into this small snapshot of a much larger chaos.' 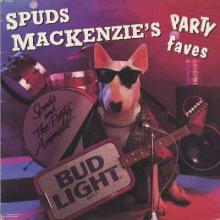